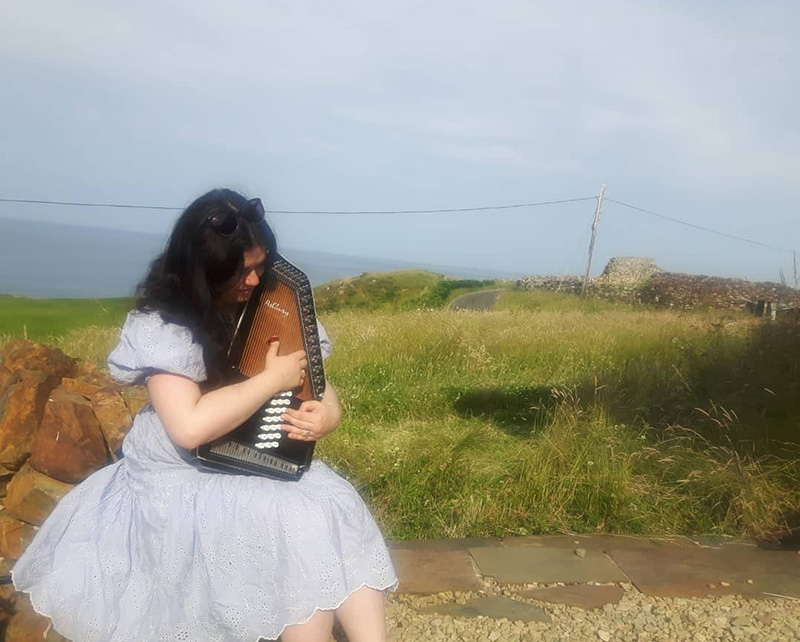 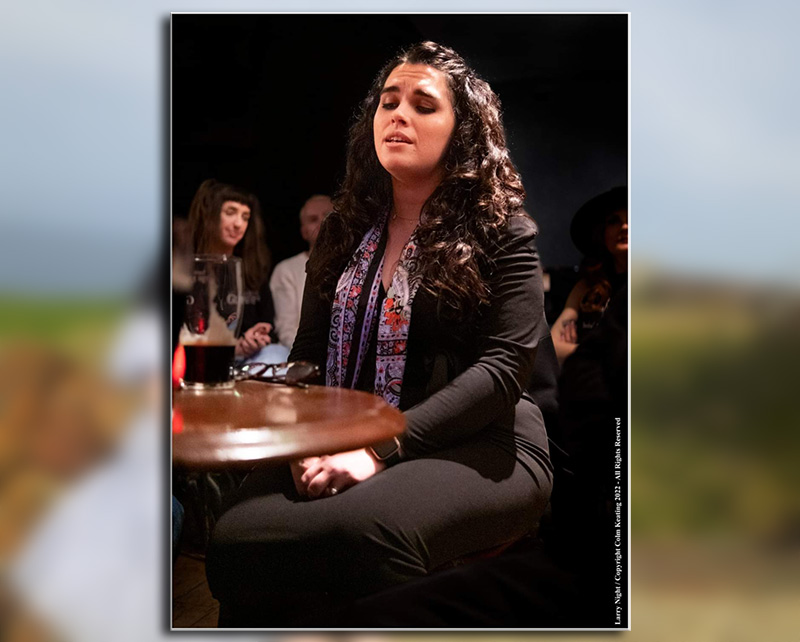 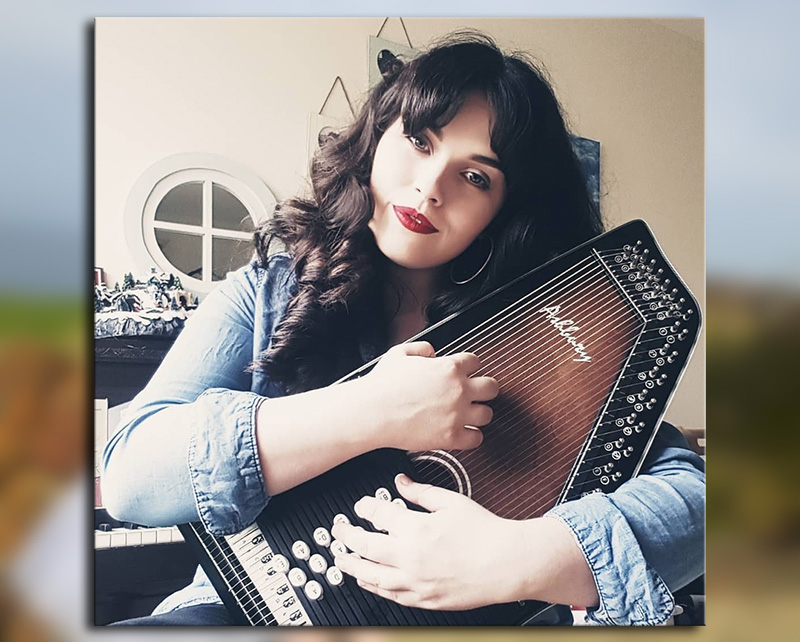 Kerry Coventry is a singer and multi-instrumentalist living in Dublin, Ireland. Born in Scotland and raised in the North West of Ireland, in a Gaeilge speaking area, she has a great interest and knowledge of both Irish and Scottish folk music.

Singing from a young age Kerry has a Diploma in Musical Theatre Singing as well as a Degree in Classical Vocal Performance. In folk music, she has picked up a number of county and provincial titles in Ireland. She has worked as a vocal trainer for many years and also directs choirs.

As well as singing Kerry plays a number of instruments including the piano, tin whistle, and accordion. She also often sings with a traditional Indian shruti box.

She picked up the autoharp for the first time in 2019 having wanted to play one for years. She predominantly uses her autoharp to accompany herself on Irish and Scottish traditional music as well as a series on Instagram called “Unexpected Autoharp,” where she takes songs from pop, rock, and metal and turns them into folk covers.

Kerry is so excited and honored to be attending the California Autoharp Gathering and looks forward to meeting many fellow autoharp enthusiasts.