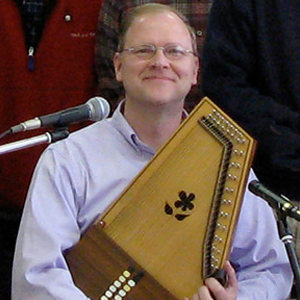 Charles Whitmer is a former middle school band director in Texas. He taught music in the public schools from 1982 to 2016 with 31 of those years having been teaching middle school band in the Texas public schools as well as having taught 4 years as a general music teacher at the elementary level. He also formerly taught music for the Department of Defense Dependents Schools (DoDDS) at the US Army’s Camp Zama in Japan as well as he taught band for the Santa Fe Public Schools in Santa Fe, New Mexico.

He has a Bachelor of Music Degree in Education (1980) and a Master of Curriculum & Instruction (music education) Degree (1989) both from the University of Houston. He is a member of the Texas Music Educators Association and the Association of Texas Small School Bands.

Mr. Whitmer was also featured on an album produced locally as a solo soprano saxophonist on the album, “Psalms, Hymns, & Spiritual Songs” in 2009 produced by Mr. Dennis Mease of The Woodlands, Texas.

He currently has 700+ traditional songs in print arranged for autoharp for which he is known internationally.

In 2008 he was inducted into the Autoharp Hall of Fame. He is a current staff member of The Autoharp Quarterly as a sheet music editor and was also a long-time staff member for i.a.d. Publications, a former international quarterly magazine for autoharp enthusiasts.

He also is the author/arranger of a major book publication for concert bands, 52 Hymns and Chorales for Winds, published by Wingert-Jones Publications that consists of a conductor’s score, piano book and 20 different parts books.

His workshops outside the public schools are primarily teaching autoharp classes. He also teaches workshops in Sacred Harp shape note singing, an American folk hymn tradition from where many of the chorales in this collection originated.

His is co-founder of The Midwest Autoharp Academy in Leavenworth, Kansas along with fellow Autoharp Hall of Fame member Tom Schroeder.