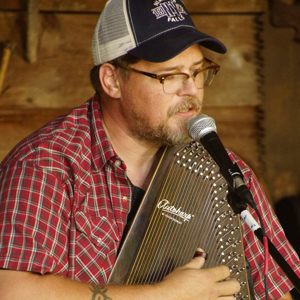 Bay Allen was born and raised in Virginia Beach, Virginia, and then met his wife and moved to the Appalachian hills of Pennsylvania. He has been playing music since around the age of 7, starting on piano, moving into the guitar, as well as banjo, ukulele, mandolin, harp, didgeridoo…and just about anything he picks up. The Autoharp came later in life, but Bay took to it like a long lost friend, picking out the tunes he already knew almost instantaneously, he started on Diatonic and moved into Prizim, and has even developed his own systems and tweaked the Prizim into a “Modified Prizim.” Bay also has an appreciation for the traditional chromatic autoharp.

Bay has more than 12 albums available online ranging in style from folk to worship to blues; his newest album, Celtic Whispers, is a collection of Celtic tunes done on various autoharps, a tenor guitar, also with flutes and other instruments (many of which he made himself!) Bay has a passion to get the tunes in his head out of his fingers, and is equally excited about helping others to do the same! He is a pastor, a poet, a husband, a dad of two great kids, a songwriter, and a connoisseur of egg rolls and pizza.